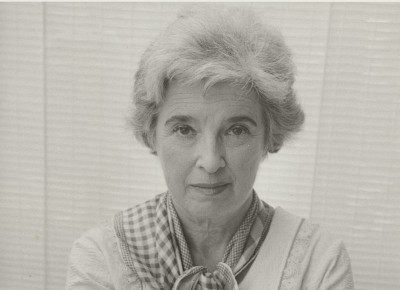 The film Why Women Need to Climb Mountains – A Journey of Discovery with Dr. Gerda Lerner asks the question: how does knowing our history affect our potential to shape the future? This documentary explores the courageous life, work, and vision of Dr. Gerda Lerner and looks at the creative and collective spirit of women activists who spearheaded the field of women’s history.

watch the
trailer DVD
(dt/eng/sp) DVD
(español) VoD
(english) VoD
Deutsch VoD
Amazon
I have tried to bridge the gap between theory and practice, between action and thought. I have tried to find the right balance between the life of the mind and what people call ‘real’ life, the life in social context.Gerda Lerner
The film asks the question: how does knowing our history affect our potential to shape the future?  This documentary explores the courageous life, work, and vision of Dr. Gerda Lerner and looks at the creative and collective spirit of fellow women activists who spearheaded the field of women’s history. Gerda Lerner (1920-2013) was born into a middle-class Jewish family in Vienna. As a fourteen-year-old girl, she joined the underground movement against the Nazis and was put in prison at sixteen. She fled Austria in 1939 and survived as a semi-skilled worker in New York for a few years before she married the American filmmaker Carl Lerner. She returned to school at the age of forty and earned her Ph.D. in history from Columbia University. This is when she decided to prove that women have a history and fought to legitimize the then little recognized field of women’s history. This film explores Gerda Lerner’s life, work, and vision and features her main ideas and insights. It investigates the development of her heroic journey as a Jewish refugee, grassroots activist, social reformer, writer, feminist historian, mother, and wife. Lerner’s integrity, intellectual rigor, and strong “can do” attitude makes her a powerful leader for women. She demanded from women to not be victims but to be co-creators of history and to strive for their highest potentials. She herself had a unique ability to make the political personal and the personal political. This film asks: what it will take now for women to realize Lerner’s vision of women living at the forefront of creating history? This film features interviews with some of her students and contemporary women scholars who pioneered the women’s history field with her and who have been impacted by her work. They will talk of the untapped resources and collective strength they discovered together and their thoughts on the future of women. The exploration of the film reaches back into the revolutionary awakening of women in the 20th century and stretches into the 21st century with the question – what is next? Why was this film made? Gerda Lerner’s contribution to women’s history and freedom is profound and her message and example needs to be passed on. Women need to continue to struggle for progress and continue to work on self-authoring their lives. Gerda Lerner’s heroic attitude to overcoming obstacles symbolizes the strength and power that lies within each woman. There is more to understand about the significance of her work and it is important that the next generations learn not only from her theoretical analysis of women’s history but also from her full-hearted and unrelenting spirit in making social change happen. The film will challenge the audience to think about our collective future and will give a powerful message about the evolution of human dignity. A DVD of the German and English version of the film is available by www.absolutmedien.de and the English version on ‘Vimeo Download on Demand’ is available here. The film was a labour of love. All the support from sponsors and partners was and is greatly appreciated. See our Sponsors and Partners  here. And the Supporters here.