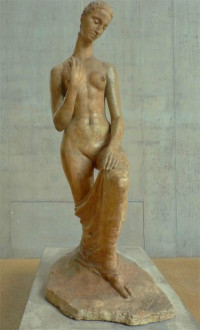 It is another beautifully quiet Sunday here in Berlin. I am enjoying the last sunrays on the balcony before I will go back to watch the next round of the film draft. I often think of the many of you who have given support to this project and sometimes it feels like I am not working fast enough on getting the film done so you can all see it! But I have to be true to the creative process that has started to take place from the moment I decided to make a film about Gerda Lerner. I sometimes think of Gerda, how it took her eight years between writing ‘The creation of patriarchy’ and the publication of ‘The creation of feminist consciousness’ – it was a thought process that had to take place, and that has its own rhythm and schedule…. And – aware that I have stayed very quiet since January I wanted to let you know where things are at. Since January (amongst working on other projects) I have been hibernating with my colleague Beatrice Madach, the editor of the film in our self-made film suite in my flat here in Berlin. From weaving through hundreds of pages of transcripts we are now looking at the second raw cut and hope to have that one done in two weeks before going to shoot some scenes in the Austrian Alps and in Vienna. Our partner, the Schlesinger Library, has been very helpful in searching documents and images for the film, and Gerda’s daughter Stephanie I will be forever grateful to for digging through boxes of her mother’s photos and for the conversations we are having. After a full week of editing, Beatrice and I looked at each other at the end of Friday, with relief. We had again taken a leap forward in the editing of the film. I keep being amazed at how creativity has its own ways to manifest. Nobody can really pre-think or predict what happens next. Yet all you can do is ‘work it. ‘IT’ happens sometimes in the moments when you think there is just no way for a new way to express something. Or it happens because two people (in this instance Beatrice and I) look at the same thing, and suddenly the solution arises, seemingly out of nowhere! At the beginning of the week we knew that we had a few hurdles to jump over – so much we want to say in this film, and yet we only have limited time and resources. Every time I look at the draft, I remember another sentence of someone I had interviewed that seemed SO significant – how could we leave it out? And yet another scene with Gerda seemed so relevant, it would be a crime not to put it in! The only way I can compare the process of working on this film project is with how a sculptor sculpts his or her ‘creation’, how she endlessly works the yet unfinished form, not knowing what will happen next. The deeper you go, the longer you stay at it, the more details appear, and everything gets more structured until at one point you just know – this is it! So, on this note, I wish you – wherever you are on this globe – a beautiful spring time and look forward to send you the next update! Image: Wilhelm Lehmbruck: Kniende [The kneeling woman] (1911)