Walking up the last mountain tops… 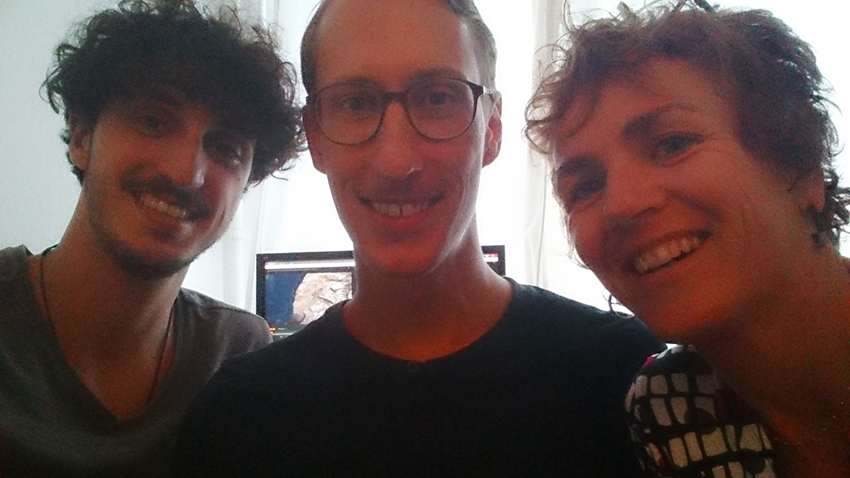 Whilst I am listening to and enjoying the first pieces of film composition that Fabian Koppri, a young, talented film composer just sent me, I realise: The production of the film is coming to an end!

It is currently being translated, so I can add the sub-titles – first the English one, so that the English version is ready, then the German ones will have to be done at a later stage when there is more money available. I am going to do this all myself since the money for the film is reaching its Zero Sum limit. But anything is possible. After I got quotes from postproduction companies that gave me reasonable prices for post-production which were around 10,000 Euros (that means they would do the colour corrections, sound  editing, preparation for DVD and film showings) I decided to work with young talented people who would do this work for a quarter of the price. And they have done it with love and dedication. The colour specialist is also a young man who kept wanting to talk about the issues that are being addressed in the film and so we had moments sitting together sipping tea in front of the screen or on the balcony about the issues that are facing men and women today. Then I got a quote from a translation and sub-titling company for doing the German and English sub-titling – another 5000 Euros. So I decided to not pay such big amounts of money to a third party and went out to find a translator with whom I work virtually between Berlin and Bangkok on the German/English translation. Then I will do the Sisyphus work of putting in the sub-titles in, one by one, second per second, without the fancy software that make production companies charge so much money. This way we will save about 4000 Euros. So, in a way, I feel this film is going to be hand-knitted :), with love :).  Yes, there has been a lot of goodwill, care and creativity been knitted into each minute of the film and I am very grateful to every single person who has had their input to making this film growing into a fully knitted story. At the same time there have been the first private viewings by friends of mine. I really appreciated the reactions and feedbacks of my women’s friends, but most of all I was happily surprised by the reactions of my male friends. They all were very taken by Gerda Lerner’s strengths and power, everyone loved her spirit – and almost everyone wanted to dive into the subject and talk more right after watching the film. With one good friend and his girlfriend we ended up staying up until 2am in the morning discussing patriarchy and the future of gender together, challenging each other’s views until we were too tired to argue…. I hope that the film will elicit exactly this – a sense of curiosity and responsibility to figure out together what it would look like to strengthen women’s autonomy and creativity, to open up men’s views on how to take on new roles; and bring us closer together so we can solve some big problems facing us today. Gerda has taught so many women and men to think freely and innovatively and I hope we are going to take her legacy further. If you are still inclined to give financial support for the last push of postproduction work, so that the DVDs can be produced, and the German, Hebrew and Spanish sub-titles can be done, that would be wonderful. In order to give your support you can go to this page, support can be given from all areas of the world – there is a paypal account and for US citizens there is the IFP account you can pay into. German and European citizens can pay directly into the film account. www.womenneedtoclimbmountains.com/contribute The film will be ready for public viewing February 2016. Trailer will be ready in October 2015.